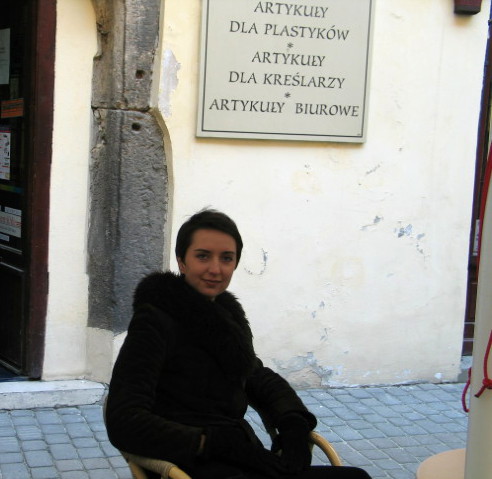 Karolina Swidecka graduated with first class honours in 2001 from the Academy of Fine Arts (Department of Painting) in Cracow, Poland. To date, she has been very successful at group and individual … Read Moreexhibitions in prestigious places. Karolina's art is inspired by people and the reality surrounding them. A prominent style and saturated colours in her recent paintings have met with increasing interest and critical acclaim. One of Swidecka's projects has involved the painting of a large number of portraits of famous people connected with the city of Cracow. As a result Muzeum Historyczne (Historical Museum of the City of Cracow) decided to enrich its collection with 33 of her works. Portraiture is not the only aspect of Swidecka's paintings.